Home / Online Resources / Encyclopedia / Happiness is a Mouthful of HERSHEY-ETS

Happiness is a Mouthful of HERSHEY-ETS 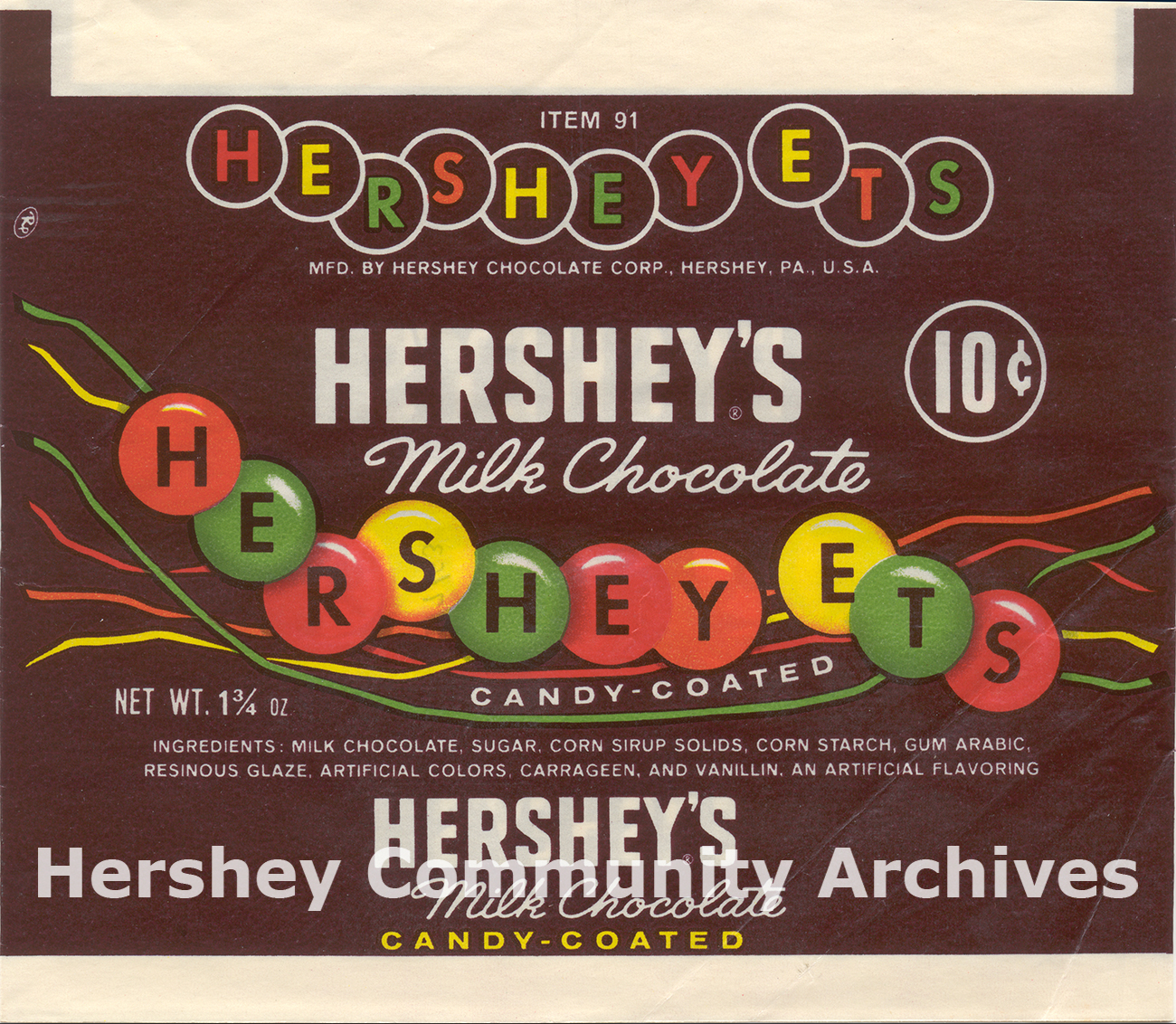 During Milton Hershey’s life, he encouraged new product development, often leading the way with a wide variety of experiments. Many of these ideas did not result in new products, but Mr. Hershey created an environment supportive of new ideas and products.

After Milton Hershey died in 1945  all of Hershey struggled a bit to find its way in the following years.

For several years the lab had been experimenting with panning chocolate to create a product that could successfully compete with “M&Ms.” Panning is the process of coating a piece of chocolate with a candy shell.

To distinguish Hershey Chocolate’s products, the lab worked with panning chocolate chips. When the chips were put into the panner, the flat ends of the chips bonded together to create football shaped pieces of chocolate surrounded by a thin candy shell.  At first Hershey-Ets were coated with a clear sugar shell.

Beginning in April 1956 Hershey Chocolate began producing Hershey-Ets in various colors and still in the football shape. Packaging was also changed. The box was discontinued and Hershey-Ets were packaged in heat-sealed bags of light blue with an image of the product as part of the label design.

While the football shaped Hershey-Ets helped to distinguish the product from its main competitor, the product had one drawback. The shell that was formed around the  football-shaped chocolates hardened into a hard-to-bite shell after a few months.

In September 1960 the shape was changed to a round lentil, similar to M&M’s.

Hershey-Ets were removed from the standard product line in the mid-1970s. Since then the product has been produced seasonally (primarily Christmas, Valentine’s Day and Easter) and sold in specialty packaging. Hershey-Ets are also sold in company outlets such as Hershey’s Chocolate World, and the Hershey stores in Times Square (New York City) and Chicago.